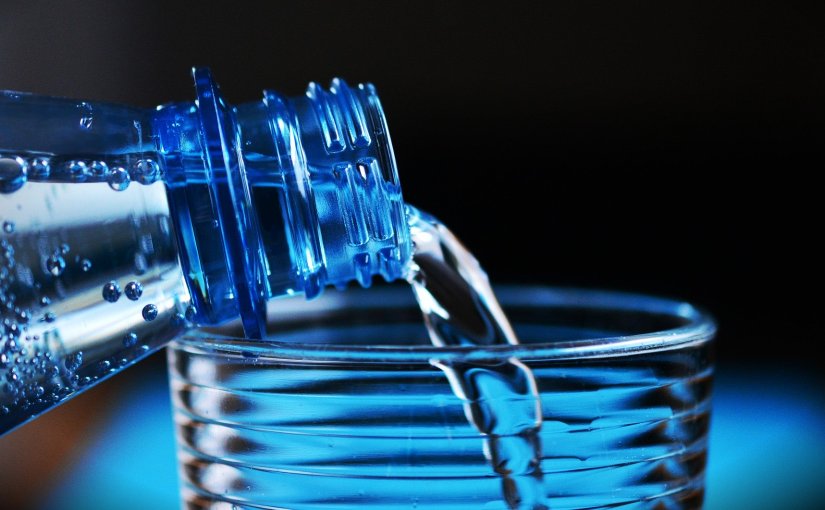 As we head to the September election, water issues will be high on the election radar. Given the state of our freshwater sources, it is imperative we ban water bottling in New Zealand, especially since we have enough problems with our water as it is. Nitrates and phosphates from fertilizers used on farms degrade water quality, eutrophying rivers and streams and choking the life out of them. Increasing irrigation, especially in dry areas like Canterbury, put pressure on already straining water supplies and exacerbate the problems caused by nutrients.

Many parts of the Far North are under extreme water restrictions, and supplies are so low that some marae are considering closing. Meanwhile, in other parts of the region, consents were granted for avocado growers to extract water from the Aupouri aquifer, despite concerns from environmentalists about contamination of said groundwater sources. It doesn’t sit well with people that our water resources are being put under pressure so a few people can make money, and in the case of the avocado growers, you are talking about a highly water intensive crop in a very dry part of the country.

Placing value on making money over people’s rights to water is infuriating, so people are understandably angry that bottling companies pay next to nothing for the water they take. A Herald report found that New Zealand ratepayers pay about 500 times more for water than bottling companies, $1.60 per cubic meter while bottlers pay about $0.03. When a litre bottle sells for about $2.50, you know these companies are making easy money. It is absurd that they pay so little but because the government believes that no one can own water, companies cannot be charged for the water itself, only measly fees associated with the management and regulation of the water.

To put it nicely, that management of water quality is piss-poor, with a high number of rivers still unsafe for swimming. Plastic pollution makes it worse, like the plastic beads were found in the water and land near Cloud Ocean’s water bottling plant in Canterbury. The fine for this non-compliance? A $750 fine and two abatement notices, essentially, written slaps on the wrist. With such pathetic consequences it’s no surprise companies believe they can get away with anything.

Then there is the plastic issue. Otakiri Springs estimates it would create 3.7 million plastic bottles each day, or a whopping 1.35 billion a year. That’s a lot of plastic being created from one plant, much of which will end up in oceans and streams due to abysmal recycling standards around the world. Unfortunately, the Environment Court is not allowed to consider such distant effects in its decision to grant consents which is ridiculous because our contribution to any global environmental issue should absolutely be considered in any such decision.

Then again, we know the law is rarely designed to protect the environment for the environment’s sake. Last year the Greens faced backlash when Eugenie Sage granted Otakiri Springs consent to expand their bottling plant near Whakatane. She claimed as Minister she is forced to abide by the Overseas Investment Act which, while true, highlights our collective distorted priorities.

We saw such priorities during the Australian bushfire when students at Tamborine Mountain Area School were asked to stay home due to a lack of water. As emergency supplies sent by the government made their way to the region, water miners were taking water to a Coca-Cola factory in the opposite direction. In Stanthorpe, when residents were put under extreme water conditions the day after a Chinese water mining company was given the green light to extract water from nearby. The day will come when we have similar situations here.

Scenarios like this raise an important question about priorities: why are people’s livelihoods less important than the profits of a few corporations? Ultimately, this is what it comes down to. A rational person would assume environmental legislation exists to preserve natural resources like water for future generations to use. However, most such laws are simply mechanisms to help corporations extract those resources for as long as possible.

A clear example of this is California’s Strawberry Creek, sucked dry by Nestle. The company was inexplicably granted consent by the Forest Service to continue operating in the area for another five years despite that same organisation acknowledging that Nestle’s previous actions had adversely impacted water supply in the region. This happens with companies in all sorts of extractive industries – look at the state of our fishing stocks for example. We don’t know when to stop.

Here and abroad, exploiting nature is so rampant because of the belief in free market ideologies, even when those ideologies are clearly flawed. For example, water bottling companies are granted consent to operate as long as they provide jobs that the region needs, however. However, there is no way of guaranteeing those jobs are secure, and often we find out how precarious those jobs are.

Again, Cloud Ocean is a great example to demonstrate this. Set up in 2017, the company was forced to lay off 125 staff a year later due to poor sales in China, which hardly seems like a welcome boost of stable employment the area needs. The flawed belief that creating jobs is inherently positive for rural regions is an idea that must be challenged if we are to raise the standard of living in rural New Zealand, because it is not working.

Some argue that we should at least be making money from these water sales, and while it is undeniably unjust that a company can pay less than $1000 for millions of litres of water, this misses the point. Treating such a precious resource as a commodity results in what happens to most commodities: the exploitation of the resource until it runs out. We have to shift from this way of thinking and start thinking of the big picture.

As the climate changes, droughts will become longer and more severe while storms and floods can contaminate fresh water supplies. There may very well come a time when we wished we had shown more concern for our water, because it could be the difference between life and death.

So how do things change?

The most obvious individual action we can all take is to not buy bottled water. Get yourself a stainless steel reusable bottle, if not for environmental reasons, then get one for the fact it keeps your water cool for longer. Bonus fact: it also keeps your beer or cider cool for those sunny days at the beach.

In conjunction with this, our cities need to invest in more public drinking fountains. Most cities do a reasonable job of providing these, but there is room for improvement. The more readily available this water is, the less people need to buy bottled water.

Most importantly we need to talk about water ownership. There are growing calls for Maori ownership of waterways, especially acknowledging the Crown’s failure to prevent the degradation of our waterways. This of course will be a contentious issue, but is a conversation we need to have.

Another option that free-market enthusiasts would love is genuine public ownership and management, which means there might still be room for bottled water in the future but run by the state rather than private companies. This way, production only needs to happen to meet genuine need, such as during emergencies, rather than for profit. This means water sources won’t be polluted or over-exploited, and in times of crisis, those who are in need aren’t price gouged and forced to pay twice the normal price for water, as some in Australia reportedly did.

Whatever the best course of action may be, we need to put a stop to water bottling now and figure it out. Remember, this is only the tip of the iceberg; our water sources are threatened by drought, contamination, and other sources of extraction such as irrigation, all of which also need to be addressed. The Coalition’s bold plan, which they failed to execute, was to put a levy on water bottling. That isn’t good enough.  For the future of our water, we can do better.

Once I avoided using labels for fear of polarising people, but since I get called a loonie lefty anyway I figured I may as well own the label. It may be used as an insult to embarrass me for my beliefs, but there is nothing wrong with calling yourself a leftist.

McCarthyian Red Scare tactics demonised and persecuted people for holding leftist views since the first World War and have given people such a distorted view of left-wing politics that now anything remotely resembling progressive policy is ignorantly labelled “communist”. For example, a politician that even mentions raising taxes is dragged over the coals, even though much higher taxes was once a mainstream policy for good reasons.

It doesn’t help that there are plenty of internal disagreements on the left (e.g. between anarchists and communists) which makes it easy for people to misrepresent our ideas. People also often confuse liberalism with leftism, which is a tad insulting, so I thought I’d start explaining some basics.

Where liberals, like conservatives, are largely supporters of the current economic model just with a little bit more fairness, leftists are strictly anti-capitalist. Capitalism, the economic system we live in, is based on the assumption of endless growth and accumulation of profit. This leads to wealth political power being concentrated in the hands of a few while ordinary people struggle to get by. When power consolidates in the hands of the rich, laws are passed to help companies pillage natural resources and pollute the environment.

The climate crisis is the result of human actions, specifically, the reckless actions of a few corporations in their quest for profit. The underlying value or force of capitalism is greed, and it is that we must oppose.
As leftists, we believe a better world is possible. We envision a world based on cooperation, where people aren’t left to starve or sleep on the streets because they don’t have enough money. Where those on the other side of the political spectrum love hierarchies (i.e. the status quo), leftists prefer a society where wealth and power are shared. In a more equal society, we will want for less and learn to live in harmony with the natural world, rather than seeing it as a commodity to be exploited for our short term pleasure.

As the climate crisis unfolds in front of our eyes, more people must realise that this economic and political system cannot continue. We are delusional to think we can keep living the way we do without consequence. Things need to change.